An excellent play written by Swadesh Deepak, this is the story of a Jawan Ram Chander who is being tried in a Court Martial case. His crime: he had shot two senior army officers, killing one and seriously injuring the other. And all this to protect his badly bruised self-esteem.  The Court Martial is presided by a war-veteran Col Surat Singh who has been witness to many life-and-death situations. But this trial puts him in a queer position so far unknown to him and during the course of interrogation he realises that the issues at stake are much larger than meet the eye.


Our Performance and Photos

We staged COURT MARTIAL in Inter HALL HINDI Drama competition (1996-97) at IIT Kharagpur. The play bagged the " BEST PLAY" award, and yours truly won the "Best Actor" and "Best Director"award. The lead players were yours truly, Krishnan, Himanshu, Harpreet, Abir, and Rahul among others. 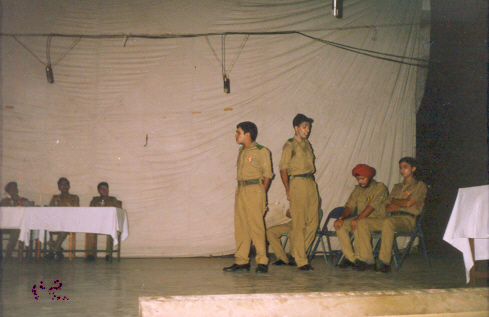 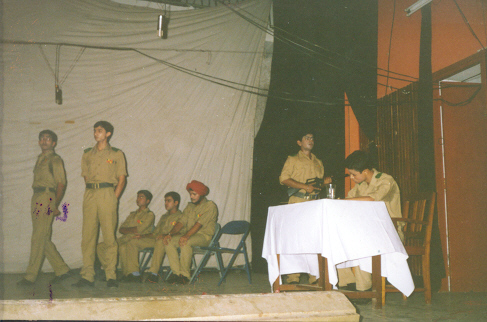 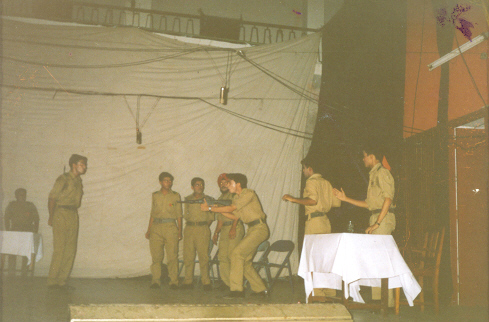 The survivor of the shootout picks up a gun to kill the prosecutor defending JAWAN Ram chander.